Sapphire Health Group has an unrivaled track record of success, and an
unwavering focus on managing your search from beginning to end. Combined with over a decade of experience in the recruiting and executive search industry, Sapphire Health Group is the best choice in assisting you to find premier talent for your organization! 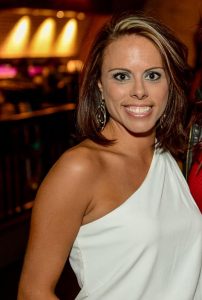 Andréa Venezio was named the Chief Executive Officer (CEO) of Sapphire Health Group in January 2015. She began her career in search in 2004 and ran the Ambulatory Surgery Center (ASC) and Surgical Hospital practice, for one of the largest search firms in the country.  During her tenure, she was awarded “Rookie of the Year”, was promoted to Director the following year, and became a Managing Partner shortly thereafter.

She is an energetic, results-driven, market expert, who prides herself on her commitment to her craft.  She was quoted in the Wall Street Journal for her industry expertise and has remained a trusted advisor, whereby both clients and candidates, seek advice and counsel on new opportunities.